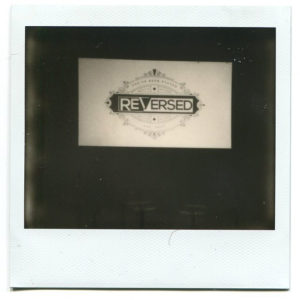 The Reversed Festival is created by Tom de Roeck, Arno Scharinger and Charlie Poulon, and is taking place for the third time, albeit for the first time under the new name.

Last weekend, I decided to drag myself away from FTL and venture out to partake in the Vibrant and Exciting Cultural scene in Vienna that everyone keeps going on about. My destination was the Reversed Games Festival, which was showcasing 60 games from local and international indie devs. I consoled myself with the thought that I might be walking out into a room full of people who were just as pleased at the prospect of human interaction as I was. Alas, they were mostly unsettlingly nice and helpful, with one or two refreshing exceptions. It was even air-conditioned, which, considering Vienna has decided that it’s just going to embrace the Austria/Australia confusion weather-first, was really just as well. 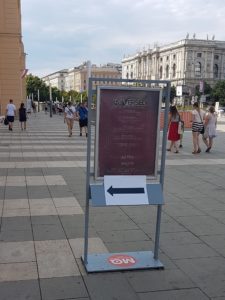 The shimmering is the background, not my photography skills.

On the two days I spent any significant amount there, the place was permanently busy. Of the games on display, I only managed to get a look at a few dozen, as some of the more popular offerings were mobbed most of the time. Of these, the following few stood out to me. Some of these are great even if you aren’t a gaming fan, but of course that helps (doesn’t it always). 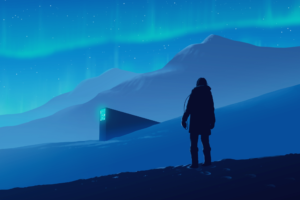 From a French team, Somewhere is an interactive fiction game to be played on your phone over the course of several days. You are tasked with helping Cat, a culture journalist caught up in a whistleblowing case. She reaches out to you via text message, and your job is to guide her through a series of challenges and situations without getting her killed. A tall order via text message, but it certainly keeps you tense.

The game is built with Twine, one of my new favourite programs, and the interface is simple – but really, you don’t need more than a text message screen for this, which is also a credit to the writing. While I hardly need a game to keep me glancing compulsively at my phone, like the dirty millennial that I am, I was intrigued enough to hop into the beta tester, which is currently available for Android. According to the website it will be available for Apple soon, although really, who cares about that. So far, the beta seems stable, and I’m still playing, so, if you like really tense texting and an intriguing story, check it out. 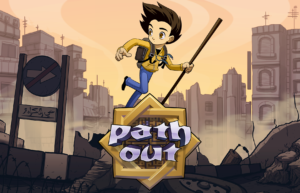 I won’t lie, when I got the protagonist shot in the first two minutes, I actually flinched. Considering the fact that the aesthetic is cutesy and irreverent, that’s no mean feat. Perhaps the appearance of a YouTube style video in the top left corner of the screen, where the Syrian writer, graphic artist and main character of Path Out, Abdullah Karam, berates you for killing him, had something to do with it. Let me explain.

Path Out is a retelling of Abdullah and his brother’s flight from their hometown Hama to central Europe in 2014. Abdullah arrived in Austria in the surreal summer of 2015, where tens of thousands of refugees streamed across Europe. As someone who politics for a living, I will not get into the circumstances surrounding the issue, but will say it was a humbling pleasure having a conversation with one of the people who I wrote so much about.

Abdullah’s contribution to the gaming scene is relevant in more ways than one. The anime-inspired game art works well with Abdullah’s humorous video interludes, where he gently mocks the viewer’s preconceived notions about his country and culture. One nice moment is when the player clicks on a camel, and the artist pops up, tells you off for thinking that they had camels just by virtue of being Middle Eastern, and the camel vanishes, to be replaced by a traffic cone. This is great. I am always a big fan of educational insults.

As a concept, I find this considerably more effective than Elfriede Jelinek’s play Die Schutzbefohlenen, which had the right idea, but scans like a list of things the (small and usually educated) audience for theatre is probably already aware of. A story from someone who actually lived the experience told in an interactive medium is a very potent match.

The first episode of Path Out is available for free on the website. The game is supposed to include five episodes, following Abdullah and his brother through Turkey, Greece, the Balkan and finally Central Europe. The developers are hoping to raise the money to complete the game, and I for one will be backing them. Thanks for this.

On the less realistic side of things (OR IS IT), we have Spinnortality, by James Patton. Spinnortality is a cyberpunk strategy resource management game where you finally get to fulfil all your desires to become the head of an evil megacorp (Just me?). If you love cyberpunk and micromanagement, this is the game for you.

I played it by myself for a few rounds, until James came over and offered to show me some of the more detailed options. His first reaction to my game was to put more money into my mostly-depleted virtual account, because it is depressing how art imitates life, even in a five-minute game trial.

In Spinnortality, the world of 2060 has been grouped together into nine nation-states, but don’t let that apparent simplification fool you. The amount of detail in this game is mind-boggling, even more so when you learn that this is an auteur project.

Your job as a cooperation is to fund research, implement it in the various places (each of which has different economic, political, intellectual and even philosophical strengths and weaknesses to be exploited) using “spin angles” which delighted me a really cynical way. From there, the goals are to earn money, influence laws and politics (with bribes, espionage and black ops), and finally achieve immortality. This is a very short summary of a really fucking huge game, but I don’t have the space and really, you should go play it yourself.

Spinnortality will be available on Steam and itch.io as of August 31. Go get. 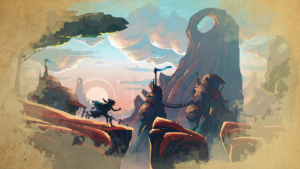 Not entirely sure I am the target audience for this game, but it made me smile like an idiot nonetheless. Easily one of the most visually beautiful things in the room, Lost Words is a platformer which starts on the pages of a diary, and then shifts into a fantasy realm.

At least, that was as far as I got before I got stuck, and the dev who was manning the station had the cheek to not be there for the precise 10 minutes that I was.

The animation is lovely, and I was curious to see where it would go with the use of words on strips of paper as part of the gaming world, which I thought was cute, and enjoy me using that word, because I will never do so again.

The story has a nice flow to it as well, I wonder who wrote…holy hell, it’s Rhianna Pratchett. Well. That explains some of it. (Not to short-change the rest of the team, obviously. But it’s the writer I recognise, for some obvious reason).

Lost Words will be available in “we’re aiming for late 2017”. Sadly no demo available online that I could find, but you can get a sense of the gameplay with a little animation on the homepage.

Lightfield (http://lostinthegarden.com/press/lightfield/), a “hyper-futuristic omnidirectional racing game” which made me ill to look at in the best kind of way; Seeds of Sol, an isometric action adventure I sucked at but you probably won’t, and another contender for most beautiful to look at (https://madewith.unity.com/en/games/seeds-of-sol, and NOT Seeds for the Sol, a solar power NGO, no matter what Google tries to tell you); or Goliath (http://goliathvr.com/), a VR game which looks incredible from a technological standpoint and with a great innovative collaborative concept. Unfortunately, like all VR games, it would have made me vomit before even adjusting my glasses, but I observed like a champ. 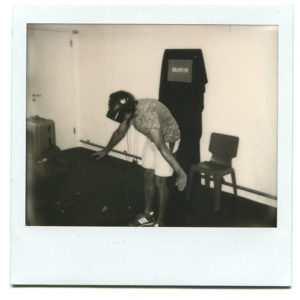 I know these pictures are totally self-explanatory, but I’ll still mention – the VR player is Goliath, and another player – seated at a keyboard – plays David, who uses Goliath as a climbing frame. At the same time, Goliath moves to help him. 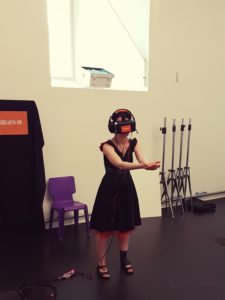 I look forward to the next festival, this was absolutely worth leaving FTL for a few hours. Now please excuse me while I blow out my airlocks to extinguish the fires.