“I’m not a superhero fan,” I whisper to myself, with even less conviction than usual, as I sit down in a half-filled movie theatre full of giggling man-children, kiddies and other fuckers who go to the cinema in the middle of the afternoon.

The truth was in this case that I had no intention of ever watching another DC movie in the cinema, possibly ever, after sitting slack-jawed in horror through that Ronald McDonald vomit explosion of a Film-That-Must-Not-Be-Named last summer. 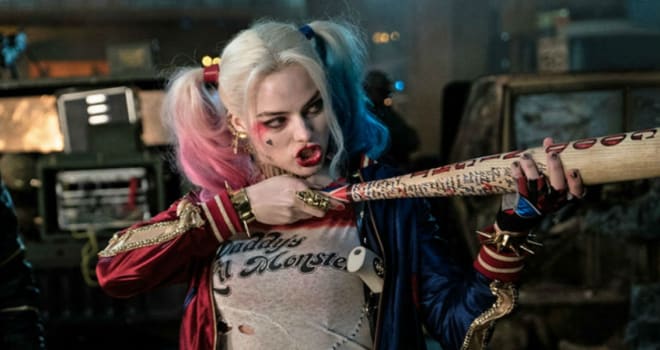 I hadn’t minded the Dark Knight movies, except for the first, the last, and the third act of the second, but Flappy vs. Greasecurl looked so very drab that I refused to see it. I did not see Man of Steel, because why would anyone, really, and while I know that Catwoman film with Halle Berry using the kitty litter was not directly DC’s fault, but I am still blaming them for it.

I did see and quite enjoy Green Lantern, however.

COME AT ME BRO.

The POINT IS, I did not want to see Wonder Woman. I have no relationship with the character. I always thought she was some kind of foil for Superman, for those people who wanted their psychotic patriotism with boobs. I’m not judging (of course I am), but I just didn’t care. When DC finally conceded to making a movie about one of their girl!heroes, the fanbase imploded with excitement/rage, depending where they were on the Asshole Spectrum, and the rest of us just kind of shrugged.

I actually read and enjoyed the new Ms. Marvel (NASFPO = NOT A SUPERHERO FAN PISS OFF) and wouldn’t have minded seeing her in a film. Or possibly Jessica Jones, if only to watch people flail about introducing Adult Themes into Children’s Entertainment (Something something hypocritical gits yawn).

But no, we get Miss Stars and Stripes, whose heritage is guaranteed to annoy anyone with a passing familiarity with Greek mythology and/or has even a lick of feminism. Then the movie came out, and the hype just blew up again. Everyone praised it, the whiner babies hated it, and this gave me pause.

The last time the stars aligned in perfect adulation like this, we got Fury Road (no, not Mad Max Fury Road. Just Fury Road), which was proof that you can make one of the greatest movies of all time without so much as the semblance of a plot.

So I gathered up some of my more gullible drinking buddies and we went to see Wonder Woman. And yea, it was glorious. It was not perfect, not by a long shot, but it was a fucking delight. Somehow, the combination of competent writing, Patty Jenkins’s direction (and what a strange directorial career she’s had so far), the unexpectedly memorable theme, my weakness for fin-de-siecle settings, or the fact that Gal Gadot plays one of the most stunningly beautiful and likable figures since Hellboy, made something brilliant, a movie that shines so brightly that it casts a (very very) slight retroactively favourable glow over the whiny gloom which pervades the DC Universe. I actually cannot wait for a sequel, and I cannot believe I just typed that sentence.

So, fine, DC, you know what? We can make a deal. You clearly cannot handle the grittiness that you seem to think equates to masculinity. The accumulative effect can be seen in Batman vs. Superman, a film I am told can be recreated by a pair of rabid hippos mud wrestling in slow motion.

So tell you what. You get to make ten movies about your female heroes. You have a shitton of intellectual property, and I am not just talking about Puddytat, although I would really appreciate another one of those which doesn’t make me want set myself on fire. (I heard you’re doing Supergirl, with the Buffyman himself, and that’s good! Very Good! Have a cookie). But have you considered Barbara Gordon? Huntress? Black Canary? Raven? (Oh, please, a Raven/Starfire film) (still NASHFSU). It might not even be too much to ask that we get non-male-gazy (NMG?) films which lets us be rather than want to fuck the heroine, since you managed so well with Wonder Woman. Then we’ll let you make another film starring a man.