A transparent attempt to break into multifaceted former glories. 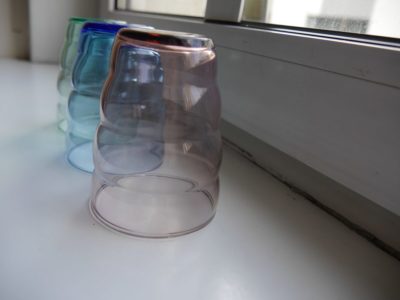 A transparent attempt to break into multifaceted former glories.

To start with, let us list a few things Shyamalan does not seem to understand the workings of:

I am aware of how hilariously cliché it is to be disappointed by M. Night Shyamalan. The truth is, I might not have been if there wasn’t a little spark of something in Glass, something that could potentially have been a good movie. But no. It’s a dull plodding mess which had me checking my phone to see if any of my other friends had taken pity on me

and I regretted paying cinema money to go see it. I seem to say that a lot in the last little while, don’t I.

But before we get into Glass, we need to briefly discuss Unbreakable and Split.

and what a fucking weird-ass combination of ideas this is

and I remember at the time that I declared it my favourite superhero film of all time. Of course, we must bear in mind I was a teenager at the time, and my other favourite film was A Beautiful Mind. But I did rewatch parts of it, and it’s actually still a pretty good film, especially in the context of its time. It’s a clever and dark deconstruction of the superhero genre, which, in 2000, was still a fresh idea.

This makes me wonder, not for the first time, if Mr Shyamalan has actually watched or read any new media since the time of Sixth Sense or Unbreakable. In fact, I have the distinct sense that he might have had the ideas already down for what I just discovered is called The Eastrail 177 Trilogy

i am sorry what what is this now

and that he was determined to make them, no matter how much the world has moved on. In 2000, superheroes were niche. In 2019, we have motherfucking superheroes coming out of our ears, and any kind of “alternative” takes on the genre are going to raise little more than a shrug

or apparently an angry rant sue me Sharon

Unbreakable was actually pretty brilliant. Even the slow movement of the story and the muted tones really fit. It was tense and exciting, but left us space for contemplation and it did indeed spent years rattling around my brain pan.

Split on the other hand is a trash fire. I watched it in preparation for Glass, and at least the reviews for the latter were closer to reality. I let myself be lulled into a false sense of security by promises that this was Mr. M. Night’s big comeback no really you guys. It’s apparently a horror film, and as a self-identifying coward, I was a little concerned about watching it alone. As it turns out, it’s difficult if you can predict every single beat. Not just the main ones, but every single thing which happens. There isn’t really a twist

just an unbearably boring, kind of offensive mess. I appreciate James McAvoy’s acting chops, I really do, but what he does in Split and even more so in Glass is basically an improv skit. Me and anyone else who has taken entry-level acting classes knows the exercise. Yes, he is very good at it, but it still just feels trite, and increasingly so in Glass. Perversely enough I kept wanting Kevin to come back, not just because he was the only character that felt like a person, but also because we got to see McAvoy do something that wasn’t so horribly campy.

Well then. This is what I was talking about when I said Mr. Shyamalan doesn’t seem to have watched a movie or cracked open a review site in almost two decades. We are drowning in superheroes and anti-hero stories, sir. We did not need another hot take on the superhero genre, and if we did it was not this one. I appreciate the desire to stick with something that works, but what worked then does not work now. I have no idea how this kind of thing can happen, with some much riding on it, but here we are.

The really frustrating thing is, there IS a movie in here. It comes to life briefly when McAvoy and Jackson are shut in a room together conspiring. Man, those two have chemistry

and for a moment there, I was a little excited about a supervillain team-up. But no. All we get is a sad little fucking fight in a parking lot

When are movie makers going to figure out that if you pitch two equally super strong people against each other, with the same power to punch each other, all you are going to get is two people punching each other

in this case where one is definitely not Bruce Willis

and a twist which was actually not bad, but should have been revealed to the audience officially and then let the characters figure it out, Greek tragedy style. The psychiatrist obviously has an ulterior motive, which is not exactly breaking news in terms of original ideas, and her idea of therapy, well.

Are the viewers supposed to think that’s what therapy looks like?

Oh, God, is that what Shyamalan thinks therapy looks like?

It’s all very well wanting to cure people of their delusions, but David Dunn and Kevin Crumb

can provably do stuff that your average person cannot, so talking them out of it is obviously pointless.

Shyamalan just should have revealed the secret society stuff at the midway point, and then let the heroes deal with the philosophical complexities of being superheroes. I mean, it’s been done to death

but I guess he could have brought some new aspect to it.

Finally, there is the issue of comic books yes well done me 10 points to Slytherin

I honestly have no idea what Shyamalan is trying to tell us about comics. On the one hand his psychiatrist puts down people who live too much in comic books and even drops a slur about Comic Con

oh so you have heard of Comic Con sir

and meanwhile we have Mr. Glass – sorry, “First name Mister. Last name Glass” – who praises comic books as the records of human history. The problem with this is, the movie is clearly trying to make us side with him, because of the ending, the way he is framed when he pontificates about it, and all those other neat little tricks filmmakers use.

Look, I am sorry to be the one to tell you this, but comics are just another medium, like books, games or movies. There are brilliant, beautiful, profound, moving comics and horrible trash comics, just like there are wonderful and shit games, or fantastic and horrible-ass films

It’s not about the medium, it’s about the story conveyed. Some make better or worse use of their mediums, and of course these influence the stories, but if you get hung up on the medium, you’re looking the wrong way, Shyamalan. You shouldn’t listen to Mr. Glass so much. A medium alone does not make a story, any more than a twist does.

Oh and by the way fuck you for that cute little reference to Sixth Sense this is bad enough without you reminding me of not one, but both of the only good films you made you