WEREWOLF OF THE MONTH: Remus Lupin. 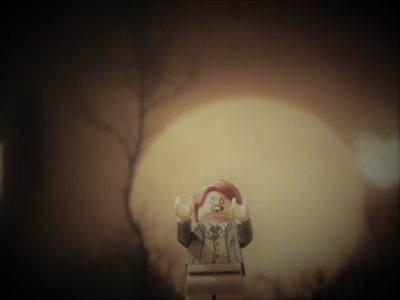 WEREWOLF OF THE MONTH: Remus Lupin.

Werewolf of the Month
158 Views

Welcome to our monthly review of werewolves, where forgotten/overlooked werewolf characters from movies, series, books and games are drawn back into the spotlight and given the invasive treatment. Why? Cause someone has to. Also, I really like werewolves.

Um. Spoilers, I guess? If you don’t know the series and still plan to see/read it.

“But I thought this was about forgotten werewolf characters, McKosh. It’s right there in the title”. That’s true – but I want to talk about one of my favourite werewolves of all time, and possibly my favourite Harry Potter character, Lupin. And it’s my column, so shh.

Like pretty much everyone born at a certain time on this planet, I have a personal relationship with Harry Potter, and like many, I share in the dismay at the weird fucking shit Rowling is doing now but you know. We can always go back to the old stuff.

Things don’t actually ruin childhoods you know you can ignore them in this ridiculous overloaded overloud crowded capitalist world of ours, and just stick to your bubble I know I do

I personally never much liked the movies, but I can sort of accept them as a visual accompaniment to the books, and of the movies, Harry Potter and the Prisoner of Azkaban is my favourite. This is not just due to Lupin’s first appearance, I think Alfonso Cuarón did a beautiful job with the cinematography and so on. But that isn’t what we are here to talk about, so enough preamble.

Lupin is exactly how I pictured a werewolf teacher to be – though I had to get used to David Thewlis in the part, he did grow on me eventually. He’s highly intelligent and kind, but tired, raggedy, under it all, vulnerable and desperate to be liked. I appreciate rereading the stories as an adult, and being able to either view it through different eyes, or maybe just interpret differently, how difficult a life as a teacher must be with this kind of stigma attached to it.

He’s one of the guides for Harry

and really Harry is like a goddamn death omen Jesus

and he has a sweet and delicate relationship with the punk rock witch Tonks. He does not always do the right thing, neither as a child nor an adult, but he is lovely and kind and intelligent and I will frankly never forgive Rowling for his demise.

Name: Remus John Lupin. Fuck me, but his name annoys the shit out of me. He was christened that. BEFORE he was ever bitten. I mean, really. But it’s also sort of delightful. I am in two minds.

Wolf Alignment: So tortured, so good. So heroic. Nooooooo

Notable moments: Again, there are so many, spanning several movies and books…

Whoops: In terms of narrative, I couldn’t find much – but apparently Rowling did not track the full moon cycle in the books at all, having Lupin be “ill” whenever it was convenient for the story. There’s a long list of errors here, but honestly, I am not going to fault her for this one. Sometimes I think that story should come first, and the rest is nitpicking – but if you like nitpicking, that list is definitely for you.

Wolfy effects: Er…um. Not good. Kind of the low point of that film, actually. I like that they were trying to go for sexy svelte werewolf, but it seemed to unthreatening and the CGI was cheap-looking then, and is seriously dated now.